The K&S 982 dicing saw is an ultra-precise CNC type machine that cuts the raw silicon wafers into the proper size needed for an integrated circuit to be produced.

The saw blade is mounted on an air bearing spindle that may spin at 30,000 RPM and is controlled by an electronic controller.

The K&S 982 model saw is now considered obsolete by the manufacturer. The manufacturer no longer provides support or replacement parts for the K&S 982 and recommends the purchase of a new model saw with a price tag starting at $125,000.

With a price starting at $125,000 for a new saw and no factory replacement parts there is a need to repair parts for owners not ready to invest in new equipment. The electronic controller has become the weak link.

Recently LyraTronix was contacted about repairing an SB-1001CE-KS controller from a K&S 982 dicing saw. The owner refurbishes dicing saws and while he was able to repair the mechanical components he was unable to get the electronic controllers repaired in the United States.

The owner had tried the repair services that pop up at the top of an internet search and while each one had assured him they could repair the controllers when they were returned they still would not work. He eventually found an individual in Canada that could repair them but was retired and not interested in repairing more than one or two a year, maybe.

After explaining the problem, to our technician, a controller was shipped to LyraTronix for analysis, repairs were made, and since they had ten other controllers that needed repairs,  the repaired controller was brought to Dallas for the owner to install and test.

The owner was elated, not only had the controller been repaired, it had been repaired in record time and did not have to be shipped through customs to and from Canada.

Very happy with results, this company will do all possible work to fix your board,I will for ever keep it on my contact. Thanks

I had power to the control board but the refrigerator wasn’t working so I sent Part in to get rebuilt. Got the part back at a reasonable time installed on back of refrigerator. Refrigerator cooling now. Thanks for all your help

Title says it all. Great people. 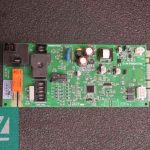 This company performed as advertised they got my broken product they did a repair within 24 hours and then a two day ship back my dryer was hardly down at all. I’d highly recommend this company for electronic repairs

Fast repair and return of a board that needed repaired. Communication by email was great, keeping you updated on how repair is going and when shipped back to you.

Excellent service, excellent people are the team working there

Norcold DE 441 back in business!

So, a few months back my 18 year old Norcold DE441 started to have a hot electrical smell then...did not work. After pulling it out of the cabinet and removing the power supply, I could see a few components of one of the two boards were toast. While investigating I was pleased to see the old girl had a Sawafuji swing compressor motor. For those in the know this motor is both efficient and long lasting. I tested the ohms on the compressor and they were within specs. After researching a new comparable fridge $$$, I decided on a repair of my existing. New power supplies also were $$$, so looking on the net I happened upon the Lyra Tronix website. It sounded too good to be true, repair of my power supply for less than half the price of buying a new PS. So, I called to make sure the site was legit. Joel answered and after a breif but informative chat I pulled the trigger. Lyra Tronix "Joel" sent me the shipping labels and the next day I shipped the PS to Texas. 3 days later I saw they had recieved it and the day after that Joel shipped it back.

I installed it 4 days ago, fired it up on both 12vdc and 120 ac and it runs better than it has in years. Oddly, it runs smoother and quieter than I can ever remember. My guess is that components Joel installed keep the power regulated better than even the OEM components ever did. That'd be a question for him, just my guess.

Needless to say I'm super stoked to have my fridge working again and being out of work because of Covid the money I saved having Lyra Tronix fix the PS is a god send. Probably saved $1000!!!

Thanks Joel, you rock!
K.C.

Fantastic Job worked when I reinstalled

LyraTronix saved me from having to buy a new dryer! When I searched for my part it was no longer available so when I found LYRATRONIX could repair my circuit board I was ecstatic. Fast turn around.

Hey Joel, We’re up and running! Great job for sure, I don’t have to buy a new dryer. Yay! What a relief. I’m so glad to know about your company. I will most definitely recommend your services to others. Thanks for all your help. Sincerely Mark K.

I got my dryer control board back in a condition, that could be described as new! It looked all burned before I sent it out. Dryer works perfectly!!!! Thank You guys!

Service has been great so far. We haven't installed the part yet. Plan to install part this weekend. 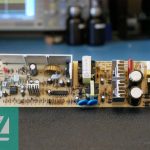 Great Service and a Quality Repair!

Took two circuit boards from my wine credenza to LyraTronix for repair. They went through everything on both boards and repaired them good as new in a week! Would definitely recommend these guys!